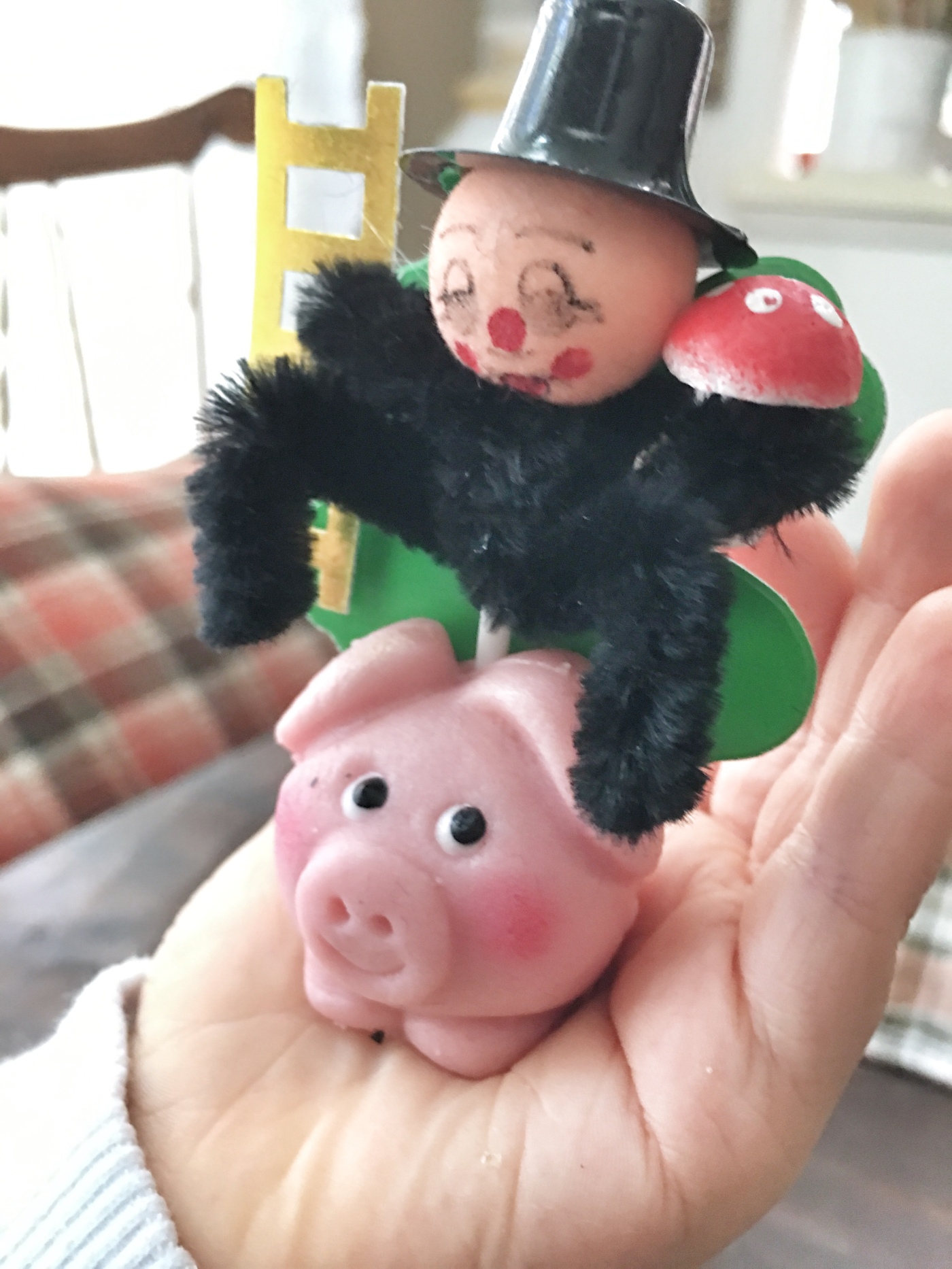 Not only do fireworks light up the sky and people fill the street on the last day of the year in Germany, but Germans celebrate the end of the year with several New Year’s good luck traditions or Glücksbringer. 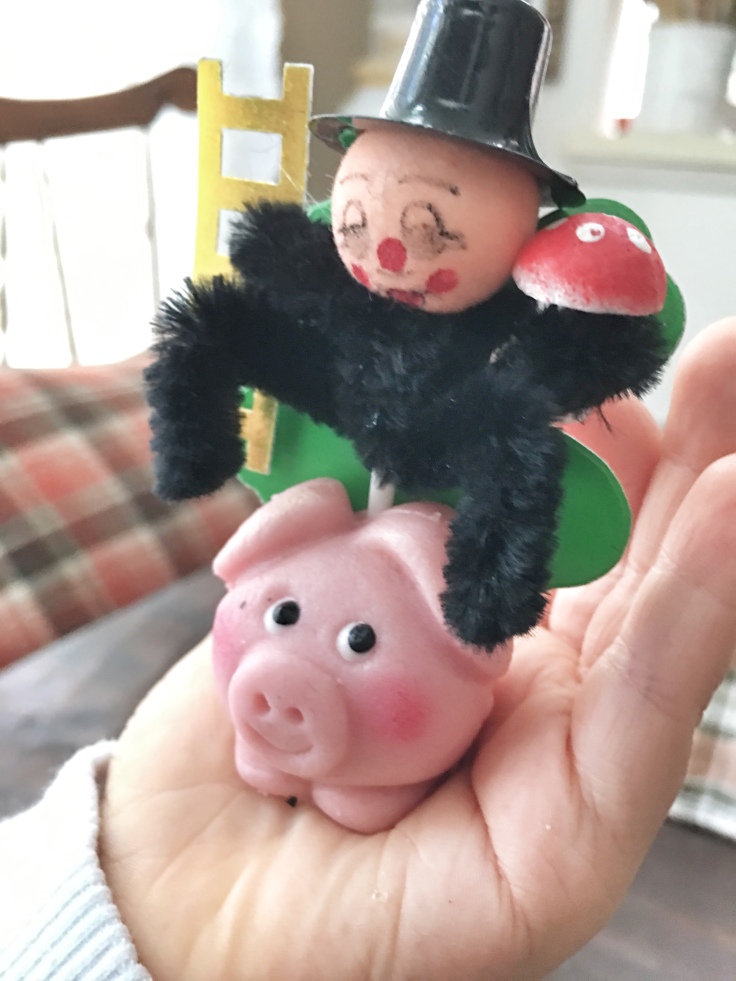 In Germany pigs, four leaved clovers, horse shoes, toadstool and a chimney sweep are all signs of good luck. Beginning New Years and throughout the month of January, many Germans give gifts of small marzipan pigs to their friends and family. Sometimes adorned with a four leave clover, sometimes a horse shoe other times a toadstool. 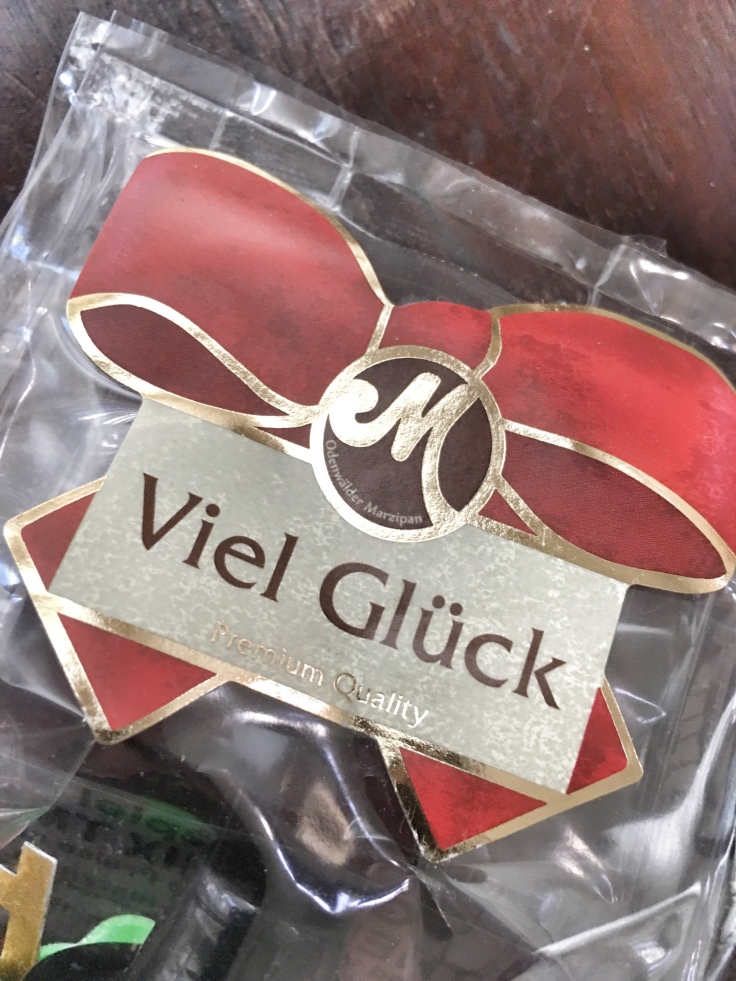 There are lots of theories about why certain things are considered lucky. In the German language, Schwein gehabt or having a pig means being lucky. Who knew that this farm animal was a symbol of good luck? The Germans did! Not only a symbol for fertility and strength, in the Middle Ages, farmers survived the winter depending on what they could produce. If you were really lucky, they had a pig… which meant having meat all winter long. So giving away little piggies made out of sugar and almond paste is a New Years tradition meant for good luck fortune.

Some Glücksschweinchen or good luck piggies come with a little clover on them. Legend has it, Eve took a four-leaf clover out of the Garden of Eden. So when you find one, you have found yourself a little piece of paradise.

Another good luck charm is seeing or coming in contact with a chimney sweeper. Back in the day, without electricity or gas, the men in the top hats were responsible for helping to keep those old fashioned ovens running so that meals could be prepared. Even to this day when you see one on the streets in Berlin, it is something that people talk about for days! 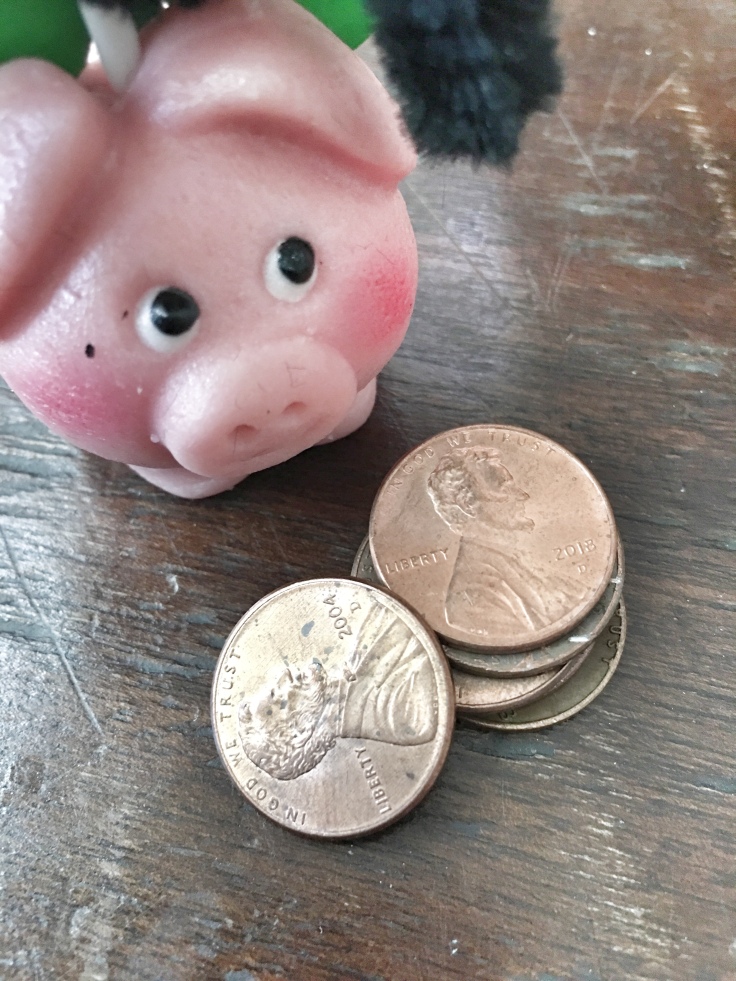 Even here in the United States, we are all familiar with the lucky penny. If you find one, it’s supposed to bring good luck. This symbol of wealth also comes with a German expression, Wer den Pfennig nicht ehrt, ist des Talers nicht wert or If you don’t respect the penny, then you’re not worth the thaler. A thaler is a silver coin which was used throughout Europe for almost 400 years. To this day and even now that I have my own family, we still eat lentil soup on January 1st, no matter what. Serving Lentil Soup on New Years will ensure you don’t run out of money in the coming year. 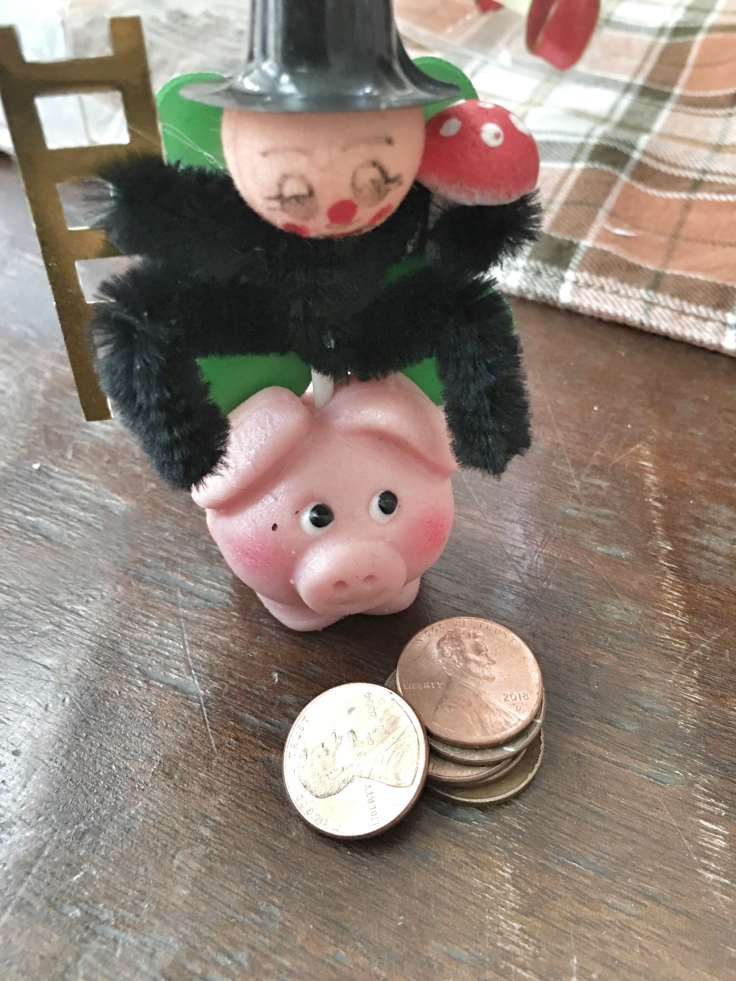 You can buy a Glücksschwein Right Here and Here