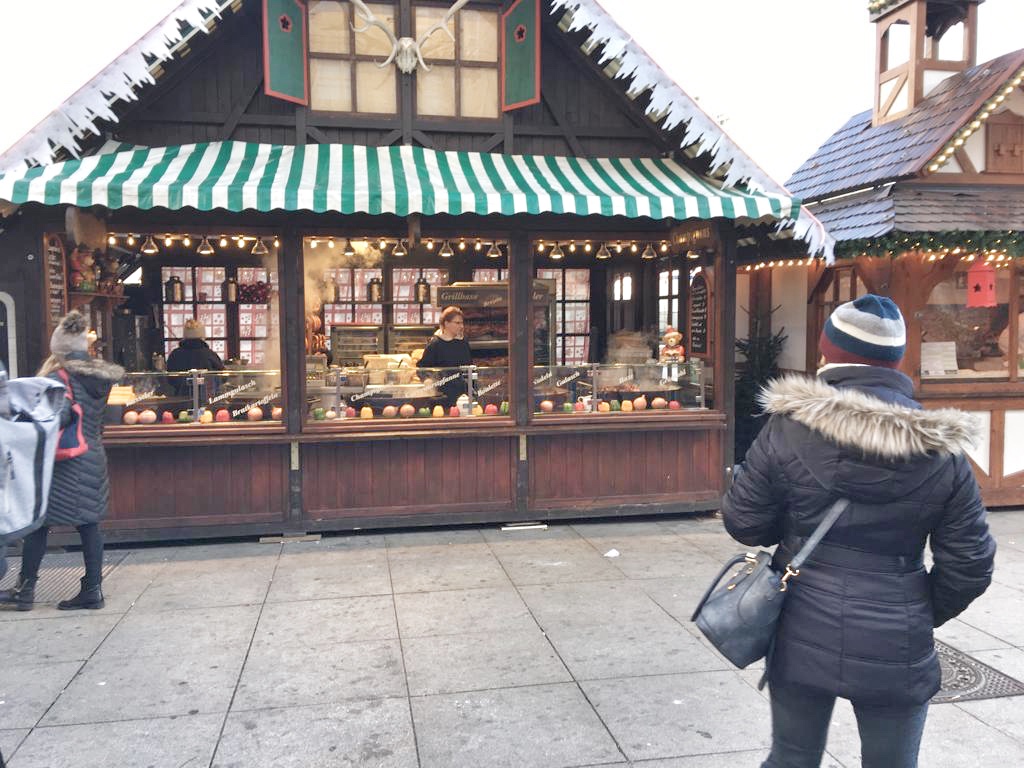 Towards the end of November, the smell of roasted almonds and hot, spiced mulled wine fills the air around Germany. Brightly-colored string lights and evergreen boughs hang in rows from wooden stands offering everything from gingerbread hearts to handmade and handcrafted decoration. Even in the middle of the busiest cities, like Berlin – my hometown – Weihnachtsmärkte or Christmas markets delight both natives and tourists alike and ring in the festive season with music, delicious food and traditional gifts.

Christmas markets began centuries ago as a way to make the season a little brighter during the cold winter time. Before they were called Weihnachtsmärkte though, these markets were held in Europe over a time period of a few days during the Late Middle Ages. Even back then just like today, these winter markets gave people a chance to come together to buy and trade food and craftwork, and stock up on supplies for the winter. People would buy anything from wood carvings, toys and seasonal baked goods and meat. 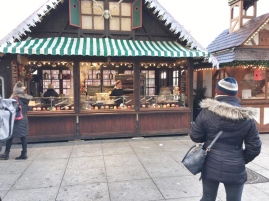 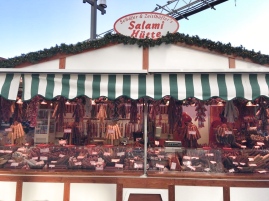 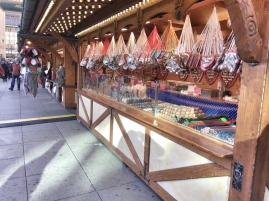 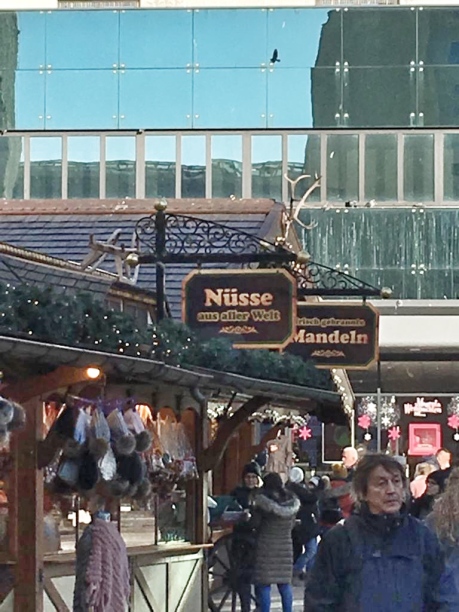 Historians aren’t really sure when the first Christmas market was held in Germany. But some evidence points to Vienna, Austria and the late 1200s. In 1298, Vienna held the first Dezembermarkt or December market and it is believed that the idea of the Weihnachtsmarkt spread north from there. It is also believed that Munich held a Christmas market in 1310 and Frankfurt in 1393. And Dresden’s Striezelmarkt was first held in 1434. 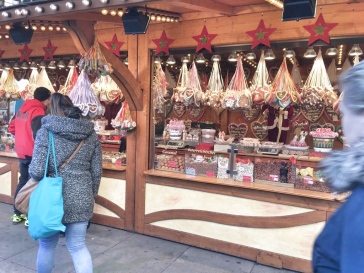 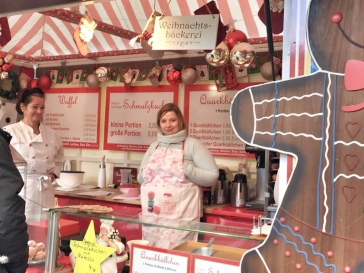 Christmas Markets became very popular when Martin Luther (a German professor of theology, composer, priest, monk, and a seminal figure in the Protestant Reformation) introduced new customs for the Christmas season. Usually gifts were exchanged on December 6th, Saint Nicholas Day. However in 1531, he wanted to take the focus away from the church and its saints and decided to make December 24th the official day to open presents and gave the bringer a new name Christkind/Christkindl or Christ Child. As the practice spread, many markets began calling themselves Christkindlemarkts (Christ child markets). 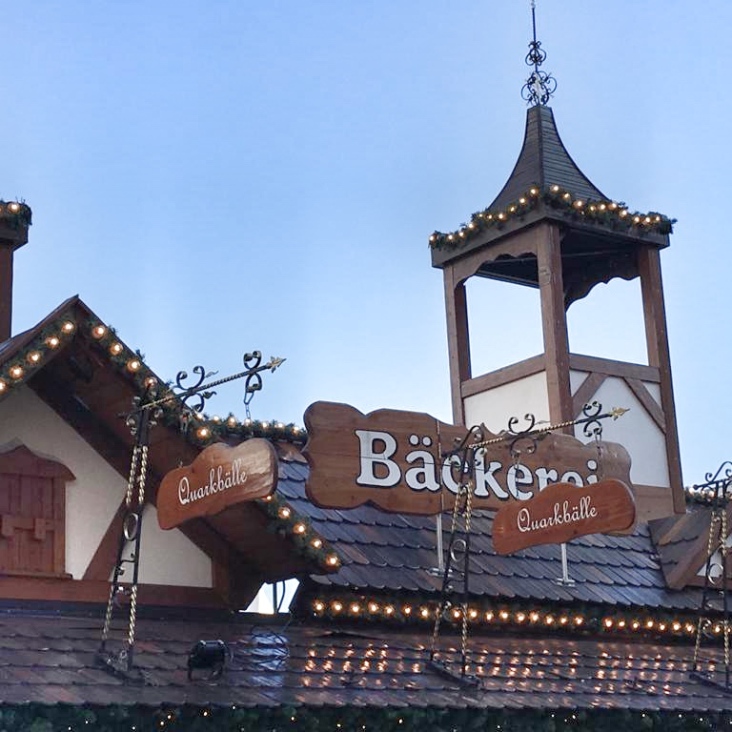 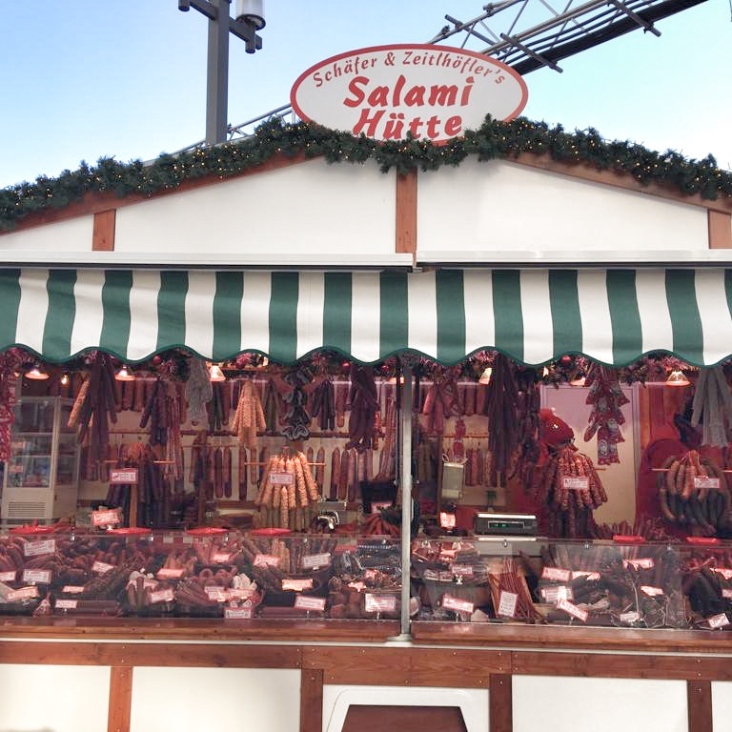 Today, Christmas markets are associated with the celebration of Christmas during the four weeks of Advent. In many towns in Germany, Switzerland, and Austria, the first advent (this year December 2nd) marks the opening of the Weihnachtsmärkte. Traditionally held in large town squares, the markets create an unforgettable atmosphere and a winter wonderland (even without snow sometimes). Wooden stands almost create a little alpine-looking village in itself and offer hand made ornaments and decorations, baked goods and culinary delights like whole-buttered mushrooms with sautéed onions or just a brat in a bun all while accompanied by traditional singing and dancing. 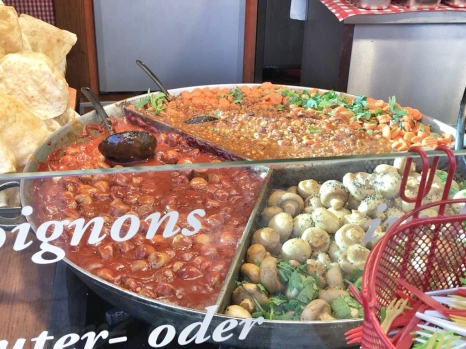 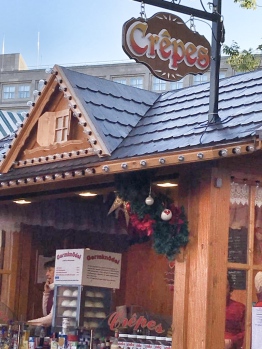 Just like 200 years ago, people can also buy wooden nutcrackers, christmas pyramids, straw stars, ornate glass ornaments, wooden toys and smokers (wooden figurines that burn incense) from open-air stalls. Many markets in different cities and regions have their own specialties just like the Erzgebirgewood carvings and Pyramiden, Lübeck’s marzipan and of course Nuremberg’s Lebkuchen (gingerbread). Some Christmas markets also have small fair-like rides and other attractions for children. 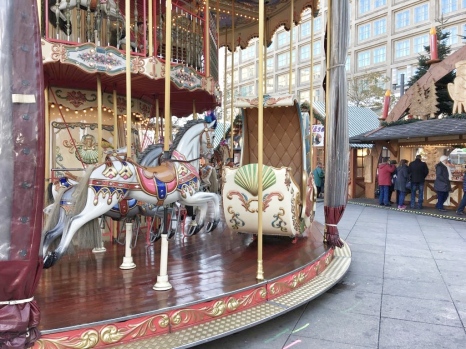 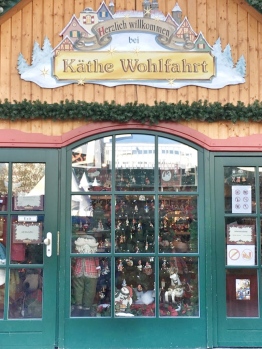 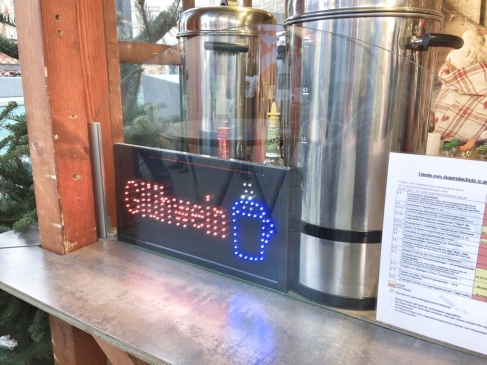 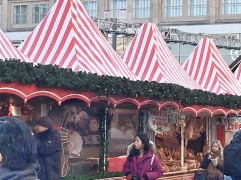 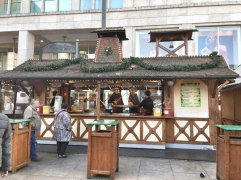 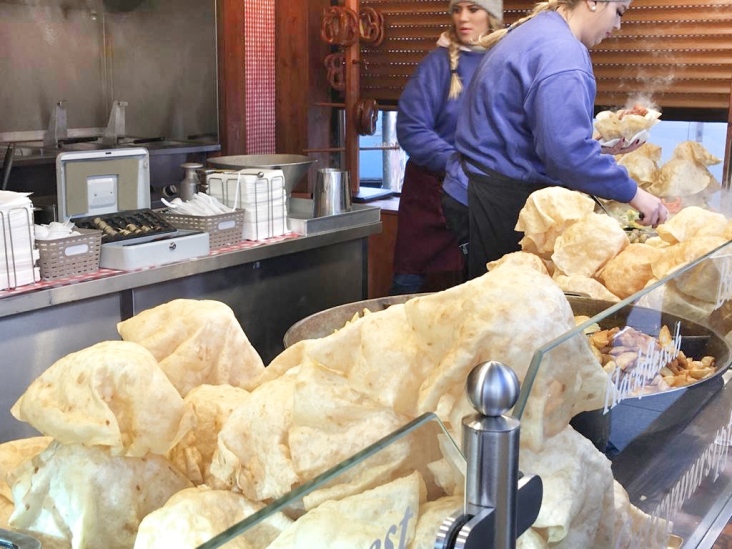 A Few Christmas Markets in the USA

If you can’t make it to Germany this year to attend one of these Christmas markets, there are a few here in the US. Please be sure to check out their website before you go and if you have any to add please put them in the comment section below or email me, I would love to hear from you!

Texas Christkindl Market (Arlington, Texas)This market claims to be the only place in the southwest where you can find exclusive Käthe Wohlfahrt Christmas decorations.

This market is supposed to be authentically German in style and apparently boasts a wide range of vendors and local artisans selling traditional German holiday products.

This market will serve some authentic German specialities like Stollen, Krapfen and Glühwein this year.

The market stalls feature freshly-cut balsam trees adorned with thousands of twinkling lights, a European-style food court, and a visit by Father Christmas.

One of the longest-running Christmas markets anywhere in America which offers everything from authentic food to decorations to arts and crafts for the kids.

WHEN 16 November–24 December WHERE Chicago at Daley Plaza, Naperville and the Park at Wrigley OPENING HOURS Sun-Thurs 11am-8pm; Fri-Sat 11am-9pm

Set in the heart of St Paul, this market is said to feature the same atmosphere as the German open air Christkindlmarkts. It features everything from handmade gifts to vendors and of course mulled wine.